Double Helix brings together the work of Marseille-based artists Lucile Camus and Estelle Cherel. Camus and Cherel have been sharing a studio for the past three years. Alongside their individual practice, they recently started to collaborate on performances and video works. The exhibition will combine for the first time their personal and collaborative practices, simulating the dialogue initiated organically between their work in the studio and unearthing the dynamics that led to their collaboration. 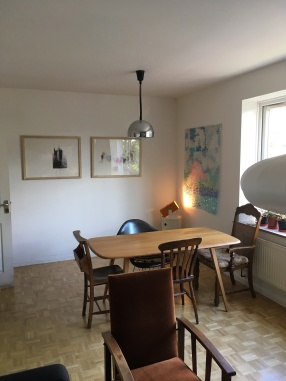 Camus’ practice developed from figurative painting into striking graphic works on paper. Swaying between systematic patterns and improvised gestures repeated endlessly, her work reflects on the act of making and the passing of time. Her recent practice retains the geometric simplicity and the repetitive rhythm of her earlier works while moving towards large scale installations using small sculptural arrangements and paper cut-outs. For Double Helix,  Camus will turn her installation ‘ Ingress (sea urchins)’ into a durational performance. The installation will expand over the course of the exhibition as the artist continues to produce ‘sea urchins’ to cover as much space as possible during the shows’ opening hours. 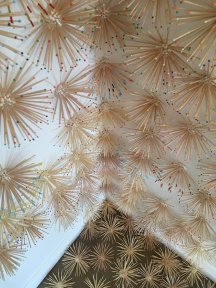 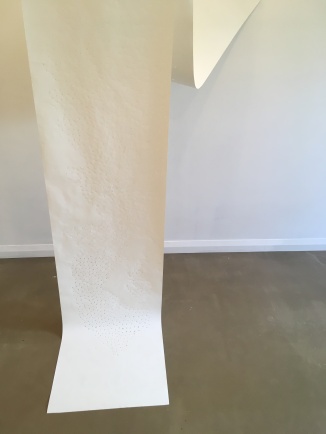 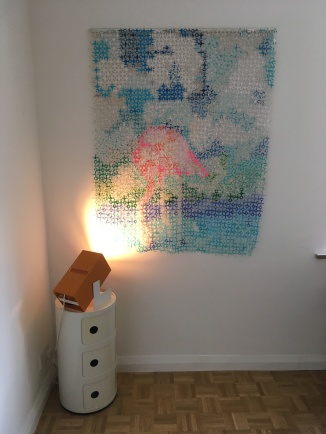 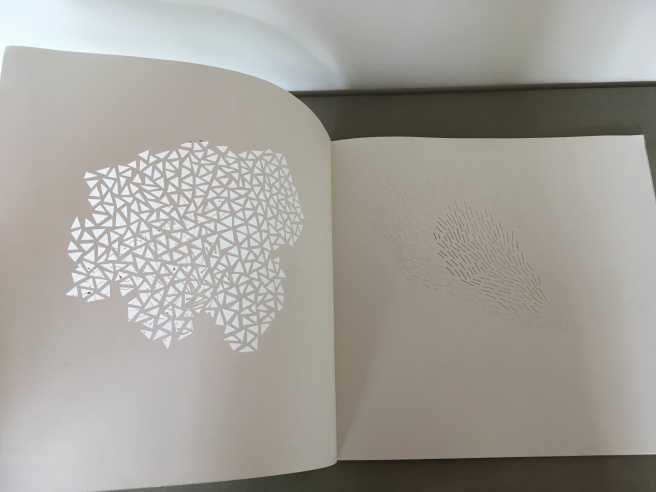 Drawing inspiration from films, popular culture and everyday imagery, Cherel’s exquisite drawings, collages and watercolour paintings present intriguing scenes where the human figure and animals takes centre stage. Isolated from their context and their background, the images operate like still frames, bringing the viewer to re-create the narratives from which they may have been withdrawn. Cherel also recently started experimenting with animation, sound and video. For Double Helix, she will present a selection of recent video works along with works on paper and paintings produced over the past decade. 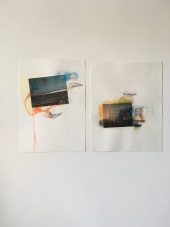 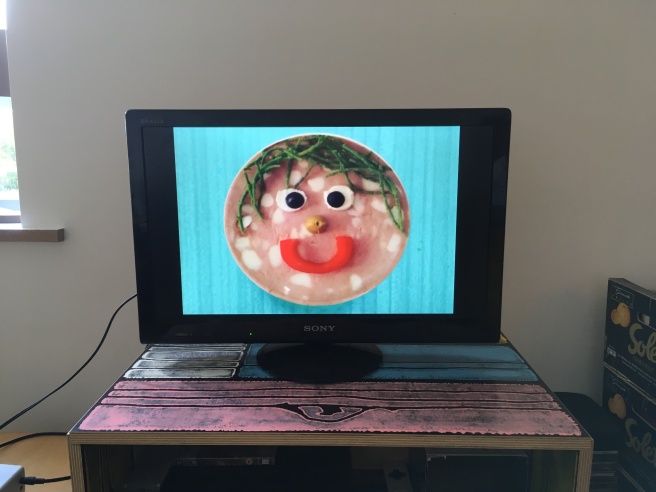 Alongside the works on paper, paintings and videos, Camus and Cherel will re-stage Toquade, a lecture performance composed of fragments of everyday conversations, private jokes and made up idioms. Translated literally from French to English, the performance will touch upon issues related to language misunderstanding and confusion in cross-cultural communication. 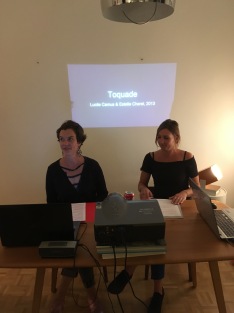